[simage=650,200,n,left,left] On Sunday, the Cubs and Scouts raced in the district cross country competition.

From Scouts, congratulations to Daniel who came third in his age group, with Max coming 5th. Finn, Josh and Jin-Ho worked together to claim a team victory in the over 12 age group, returning the trophy to its rightful owners!!

The Cubs over 9.5 also claimed victory for the team trophy, with the under 9.5s coming second. Alfie Da… triumphed, coming first by a long way in the under 9.5 race. Ned stormed to second place in the over 9.5. But all our Cubs ran brilliantly for the 14th, so congratulations to Frankie, Euan, Robert, Dodi, Ned, Fraser, Thomas, Finn, Alfie Da…, Quinn, Gregory, Rory and Alfie Du….

END_OF_DOCUMENT_TOKEN_TO_BE_REPLACED

Last night we saw another great swimming performance by the Beavers, Cubs and Scouts of the 14th!

Our Beavers set the tone with a win in the Beavers final, and competititive swims from all our Beavers. Our Cubs reclaimed the Cub District Swimming Trophy from a strong team from the 22nd and, once more, our Scouts swept the board, winning both the under 12 and the over 12 trophies. The 14th claimed the overall Group Championship.

Very well done to everyone who took part! Please check out the photos on flickr.

[simage=177,200,n,left,left] 14th Highfield scouts seem to be making a habit of winning! Joined by various other scout groups in the district, we pioneered a raft out of barrels, poles and plenty of rope. Powered by four scouts with four make-shift oars, we paddled ourselves into victory! Not only did we win the overall competition, we ended up totally undefeated in every single race! Congratulations to all that took part!

END_OF_DOCUMENT_TOKEN_TO_BE_REPLACED

The Southampton City District annual six-a-side football competition took place between six troop teams at the sports centre on Saturday 8th May 2010. I am delighted to report that after a tough competition, the 14th emerged victorious and in style with a 5-1 win in the final! Well done team!

Ok, so we didn’t win the trophy – the 22nd beat the 2nd on penalties in the final – but our Cubs showed plenty of commitment, determination and skill.

Our A team (Panthers) took part in a series of closely fought games, with memorable goals from Toby and an unconventional but very well deserved goal from Ned.

Our B team (Pumas) showed fantastic spirit – playing against older and bigger Cubs, they never gave up and kept fighting right to the final whistle in every game.

In the end it wasn’t the 14th’s year but the Leaders and Parents were really proud of the way our Cubs conducted themselves. Well done to all our Cub footballers – and here’s looking to next year!
END_OF_DOCUMENT_TOKEN_TO_BE_REPLACED 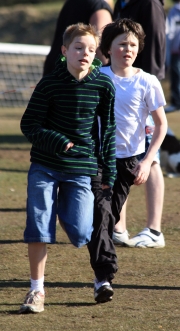 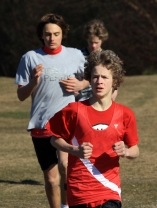